The Era of the Common Woman

The Era of the Common Woman

For this week’s article, I defer to one of my favorite astrologers, the cranky and fun Michael Lutin, whose prescient writings have helped me make sense of planetary events since 2006.

In acknowledgement of recent events but without judgement of said events, here is Lutin’s article from November 28, 2011. Please be aware there’s a little discordant language at the very end. My apologies.

When attempting to understand a shift in consciousness as vast as the one in which every one of us is involved at this very second, you have to think big.

You have to stretch your mind and imagination.

You can’t spend all your time worrying about job security or whether Wednesday night is a good night for romance. We all do, of course, mainly because no matter what enormous celestial or earthly changes are taking place, we have to keep living life, or at least try. It’s human nature. Gotta go on paying the rent, and, God knows, people still fall in love.

It cannot have escaped your notice, however, that even the most personal and intimate relationships, including dating, are in a total turmoil, not to mention the world economic situation.

The fact is, when it’s time for a change, the conveyor belt moves right along, and like it or not, you must move along with it, or fall right off into oblivion.

And move we must now.

If you can climb an imaginary tree to the highest limb, you can see over the treetops and look far ahead, to the farthest horizon, where the future curves out of sight. Then turn around and look in the opposite direction far into the past. Then maybe we can make clearer assumptions about where we are right now.

About twenty-six thousand years ago, according to archaeological evidence, warrior goddesses ruled the world. They hunted, they fished and were generally in charge of things. And most of them were chubettes, overweight by today’s starving-fashion-model standards of beauty. Women dominated the known world. Twenty-six thousand years, give or take, of course. That’s a long time ago.

Gee, just noticed something. The fixed star Regulus transited the sign of Virgo, just about the same time ago. And as of right now, Regulus is entering Virgo. Here we are again. On the brink of enormous social transformation.

Are women taking over?

Doesn’t look that way when you see how hard the good ol’ boys are trying to hang on to power. In fact, the way they’re acting, they might just as well be riding around on the back of a pick-up truck, yahooing and shooting off guns as they zoom through town. They are still in power. They are still in control.

We stand at this very moment on the threshold of a new age: the age of REGULUS IN VIRGO. The Age Of The Common Woman. Looking back about two thousand years ago, we see that sometime around the time when Regulus entered Leo, the sign from which it is now departing, Julius Caesar was being born. As were the grandparents of Jesus Christ. No one would have ever been able to predict the evolutionary story that would unfold from those events. Just think of it. Julius Caesar and Christ’s little old Jewish Gramma, who could think they would end up together and evolve the union of the Roman Empire and Judaism into the Roman Catholic Church!

It’s impossible to see two thousand years into the future without a wildly active imagination. Who could have ever foreseen that? At this time in our history, right now, Regulus moves once again into Virgo, the sign of the Woman, the Goddess, the Virgin, Mother Earth. Here She comes folks, so better start using recycled toilet paper if you know what’s good for you. Start strewing non-genetically engineered kernels of corn in her path.

But what will happen to the Plutocratic elite cabal of banksters who are now secretly running the world from their gated mansions, deposing democratically elected officials and replacing them with their bankster puppets?

Don’t worry. Think big. Think ahead. There will be a war between the individual and the System. That’s already happening. Pluto in Capricorn will take care of the bankster elite. Once they have gained all the power possible and captured control of all the money, which they intend to do, they will all be knocked off when the goddesses storm the castle.

Don’t hold your breath however. It’s not going to be tomorrow. These things don’t happen overnight.

These things have to be done delicately.

But where did it all start? And where does the fixed star Regulus fit into the story?

It is my personal belief that Regulus, as the only fixed star on the Ecliptic, is the Celestial Guide of our Solar System, and ultimately the cycles of human social evolution. Regulus brings Galactic energy, juice and messages to the peoples of the Earth from some Higher Source, influencing the direction of our consciousness and growth. Every time the Sun, Moon, planets, asteroids, Nodes and all other bodies pass beneath Regulus, I think they get a jolt, some kind of cosmic energetic message that seeps into the mass consciousness, no matter how long it takes.

When we look into the night sky now and see Regulus, we are only now consciously perceiving light that was sent streaming toward us in the nineteen thirties. While there may be all sorts of conclusions we can draw from that, at the end of the day, they are still merely anecdotal speculations on the part of this astrologer.

I believe, however, that the entrance of Regulus into Virgo heralds two thousand years of female dominance. Check this out: It has already been announced that the first born child of the British reigning monarch will be eligible to ascend to the throne whether boy or girl. Wow. That’s a head banger. It is possible that within three hundred years from now, the Holy Trinity will disappear from the iconography of Christianity, to be replaced by Mary as Earth Mother.

Dan Brown’s pop fictional The Da Vinci Code, while never being placed in the category of great literature, made people think, ‘Gee, well maybe. Sounds possible.” From Hoboken to Tehran, across all boundaries, ethnicities and philosophies, this is an unstoppable wave.

You may remember the stories that people were told for years about the appearance of the Virgin Mary to the Children of Fatima. It was said that she deposited three letters to be opened at different time intervals to be read by the reigning Pope, containing messages for the human race. It was said that when the Pope opened the last one, he fainted. And never revealed the contents to the world.

Wouldn’t you like to know what was in that letter?

“Regulus is in Virgo so move over, Boys. The Patriarchy is f#$%ed.”

Many thanks to Michael Lutin, and many blessings to you all!

Rt. Rev. Katie Heldman is the Co-Director of Psychic Horizons Center, and wrote this article for the July 11th, 2022 eNews.

Katie is the Co-Director of Psychic Horizons Center. She loves watching students wake up to their intuitive abilities and begin to rediscover their authentic selves. She brings to the table decades of experience in energy-body healing, pet communication and, curiously, technical musical theater. She is a devoted student of human nature, has a black belt in compassion and her favorite tool is amusement. Katie can’t wait to see you in class! 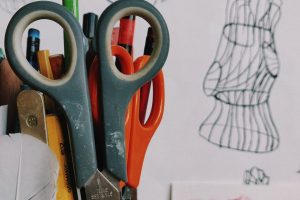 It’s fun to play around with intent and awareness and[...]

Hold the Light of Peace

I see this new year as the year of community—people[...]

Live From Your Passion

Sign Up Now
For Email Newsletters you can trust.
Receive a FREE student reading when you sign up for our e-news for the first time! After signing up send an email via the contact page to request your free session, in-person or via phone!

We're currently offline. Send us an email and we'll get back to you, asap.